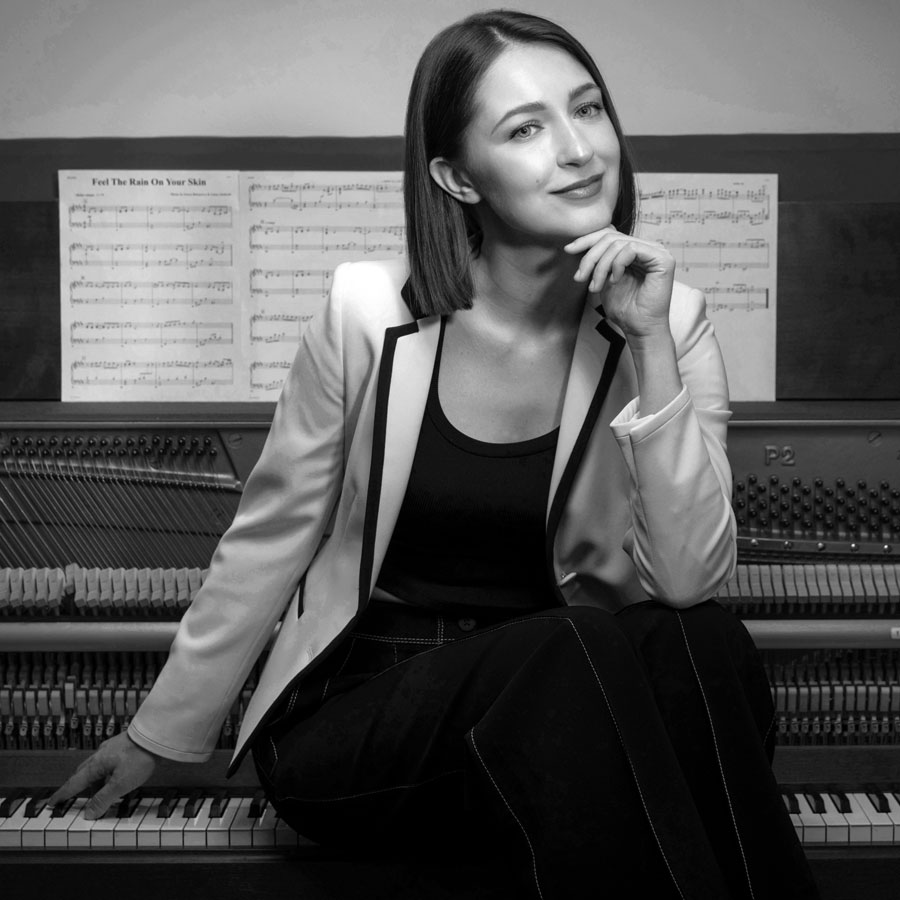 SONYA BELOUSOVA has created a sensation crafting the mega-hit, THE WITCHER. The Witcher Original Soundtrack Album has surpassed 300 MILLION album streams worldwide, charted on Billboard’s Top 10 Soundtrack Albums, Top 20 Current Albums and Top 20 Album Sales, and rose to No. 1 on iTunes in every major territory in the world.

Belousova is the songwriter and music producer behind the album’s hit single, Toss a Coin to Your Witcher, which reached No. 1 on Billboard’s Rock Song Sales chart and No. 8 on Billboard’s Hot Rock Songs chart, and quickly became a viral sensation and a worldwide phenomenon garnering unanimous critical acclaim, amassing millions of listens and inspiring countless YouTube covers and remixes, as well as securing Belousova coveted spots on Variety’s 10 Composers To Watch list and Forbes‘s 30 Under 30.

Belousova headlined the 2021 Krakow Film Music Festival with The Witcher Suite featuring herself on piano performing with a symphony orchestra and choir to a cheering sold-out crowd, followed by the Suite’s official release via Sony Music.

Belousova is currently scoring the NBC drama THE THING ABOUT PAM starring two-time Oscar winner Renée Zellweger, Josh Duhamel, and Judy Greer. Based on a true-crime phenomenon, the case was first examined on Dateline NBC, becoming one of the most popular podcasts to air.