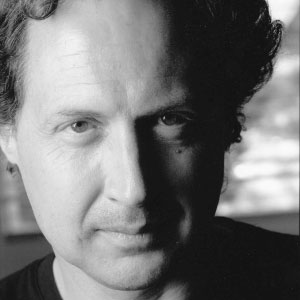 His collaboration with Robert Redford has yielded the scores for A River Runs Through It (Oscar nominated), Quiz Show, Lions for Lambs, and The Conspirator. He scored the Oscar- winning Crash, and the celebrated miniseries From the Earth to the Moon. Isham’s other scores include Brian Helgeland’s 42, The Longest Ride for Fox 2000, The Inevitable Defeat of Mister and Pete which he co-scored with Alicia Keys, the Warner Bros.’ crime thriller The Accountant starring Ben Affleck, the Netflix film Sun Dogs, A Family Man starring Gerard Butler, war biopic Megan Leavey starring Kate Mara, the animated feature Duck Duck Goose, the feature film Bolden, the family feature film A Dog’s Journey and Togo, from  Disney+. He has also contributed music to television projects including ABC’s Once Upon A Time, American Crime, Amazon Prime’s Philip K. Dick’s Electric, the hit Netflix series Black Mirror, the Freeform Series Cloak & Dagger, the Epix series Godfather of Harlem, and Amazing Stories for Apple TV+. Isham’s score to the Hulu Series Little Fires Everywhere recently earned him a Primetime Emmy Nomination. Isham’s other recent works include the crime drama feature Honest Thief starring Liam Neeson, the MGM sequel Bill & Ted Face the Music, the HBO Max historical drama Judas and the Black Messsiah, the sci-fi film Needle In A Timestack starring Orlando Bloom, the Netflix comedy drama series Sex/Life, and the new Fox series The Cleaning Lady.

The native New Yorker showed an early gift on the trumpet, and has recorded with Herbie Hancock and Bobby McFerrin. He has released nine solo albums, and performed with the likes of Bruce Springsteen, Willie Nelson, and Kenny Loggins. He has scored over 125 films, as both an innovator in electronics and as a lush orchestral melodist. He was recently given the Henry Mancini Award for Lifetime Achievement by ASCAP. “I create emotion through music,” says Isham. “And when I can take a person on this journey through film or recordings, there’s nothing more addicting, nor satisfying.”