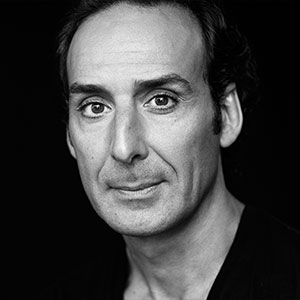 Desplat first captivated American ears with The Girl With The Pearl Earring and Birth. He has since scored a range of acclaimed films, The Queen, The Curious Case Of Benjamin Button, The Imitation Game, The King’s Speech, Argo, Philomena, The Painted Veil for which he received a Golden Globe, and Wes Anderson’s Fantastic Mr. Fox, Isle of Dogs, and The Grand Budapest Hotel which won the 2015 Oscar for Best Original Score. Desplat’s thematic score to Guillermo Del Toro’s film The Shape of Water won the 2018 Academy Award for Best Original Score and garnered a 2018 Golden Globe, a BAFTA award, and a 2019 Grammy nomination. Desplat scored Greta Gerwig’s Little Women which was nominated for a 2020 Golden Globe and an Academy Award for Best Original Score, George Clooney’s The Midnight Sky, which received a 2021 Golden Globe nomination for Best Score, and Wes Anderson’s The French Dispatch, which earned him another Golden Globe nomination in 2022.

Born to a Greek mother and French father, Desplat grew up in France with a budding love for Hollywood film music, and broke into the French film industry in the 1990s. “I was in a car with a friend who had offered me a double vinyl of Star Wars,” Desplat remembers. “It might have been ’78. He gave me this record, and I remember having said to him, “Hmm. ‘Music composed and conducted by John Williams.’ That’s what I want to do.” And that’s what I’m doing.” With a penchant for lyricism, elegant orchestrations, and precise dramatization, Desplat has quickly joined the pantheon of all-time greats.