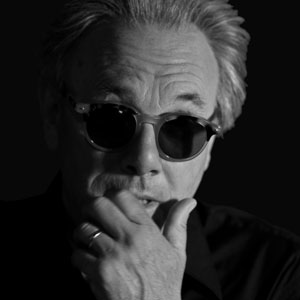 Trevor Horn has been putting his stamp on some of the most popular music since the 1980s. The renowned producer, songwriter, and musician has guided the sound of artists like Seal, Pet Shop Boys, Cher, Paul McCartney, and Charlotte Church. He produced Band Aid’s single “Do They Know its Christmas?”, and helped form the band The Buggles, co-writing all of their hit singles. His songs have been performed by the likes of Yes and Dusty Springfield, and by Tori Amos and Pat Methany on the soundtrack for Toys. In cinema, his production panache has been featured on films from Days of Thunder to Batman Forever, from Anastasia to Pearl Harbor. He has produced the music of film composers Danny Elfman (Wanted), Jerry Goldsmith (The Sum of All Fears), and Hans Zimmer (Spirit: Stallion of the Cimarron). He also wrote the music for Coyote Ugly and Take Me Home Tonight.

Horn was born in the north of England into a musical family. He accompanied his father on the bass in a local orchestra, and began to play music professionally. He quickly discovered that he had a knack for polishing other people’s songs. “One day somebody said to me that what I was doing was called record production,” says Horn. “I realized that was what I enjoyed the most and was what I wanted to do the most.” He remains one of the foremost record producers in the industry.