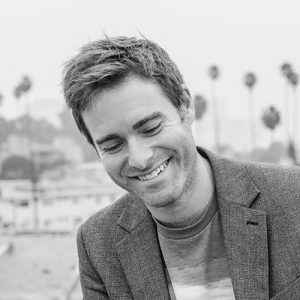 Tom Howe has brought his skill set as a tunesmith and jack-of-all-instruments to a wide range of popular films—from the elegantly neoclassical music for Professor Marston and the Wonder Women, to an epic score of caveman grunts and vuvuzelas for the Aardman stop-motion film Early Man, which earned him an Annie nomination alongside co-composer Harry Gregson-Williams. Howe has collaborated with Gregson-Williams and his brother, Rupert Gregson-Williams, on several genre-spanning spectacles—including Wonder Woman, Exodus: Gods and Kings, The Do-Over, and The Legend of Tarzan.

Growing up in London, Howe got a full classical education in an array of instruments, including piano and voice, before he fell in love with rock ’n roll. He played guitar and sang in bands, and found work as a touring and session musician—playing with the likes of the Bee Gees and the London Symphony Orchestra.