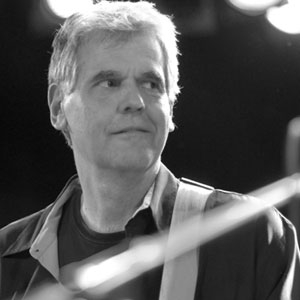 Long sought after for his orchestrating chops (most notably by Danny Elfman), Steve Bartek has written original scores for a spectrum of films since the 1980s, including: Carolina, Novocaine, Get Over It, The Crew, Snow Day, An Extremely Goofy Movie, Meet the Deedles, and Romy and Michele’s High School Reunion. His score for Guilty as Charged was nominated for a Saturn Award, and he received (along with Elfman and Stewart Copeland) a BMI Television Award for the music of Desperate Housewives. Recently, Bartek was brought on to orchestrate the hit film Lee Daniels’ The Butler, DreamWorks’ Delivery Man, the Errol Morris directed The Unknown Known and DreamWorks Animations’ Mr. Peabody & Sherman.

A native of Ohio, Bartek studied composition at UCLA and became a founding member and lead guitarist of the band Oingo Boingo. He launched into film and television alongside fellow band member Elfman (for whom he has orchestrated roughly 50 films), and in addition to composing he continues to arrange, conduct, and play guitar. “I consider myself very lucky,” Bartek says. “I’ve done the two major things I wanted to do as a kid: I’ve played in a rock and roll band in front of a lot of people, and I’ve been able to write and work on music for films.”