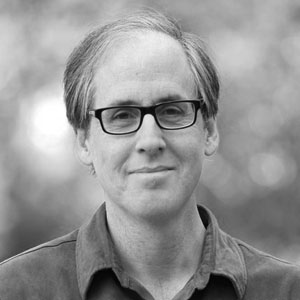 Jeff Beal’s enormous contributions to prestige television, cherished comedy series, and award-winning documentary films have earned him 19 Emmy nominations, five statuettes, and the loyalty of top filmmakers for both the big and small screen. His dark, operatic, and richly orchestrated score for the critically-lauded Netflix series House of Cards has earned him six Emmy nominations, two Emmy wins, and the Best TV Composer of the Year Award at the 2016 World Soundtrack Awards. Beal’s diverse voice—informed by his conservatory training and jazz background—has augmented the comedy on the long-running USA series Monk, starring Tony Shalhoub (Beal’s season one theme song earned him his first Primetime Emmy), and on the beloved ABC comedy Ugly Betty. His work has graced the high-end HBO period dramas Carnivàle and Rome (with four Emmy nominations for music between them), the horse-racing drama series Luck (starring Dustin Hoffman), and the final season of Aaron Sorkin’s The Newsroom (starring Jeff Daniels). His ongoing collaboration with Ed Harris has yielded scores for the actor’s directorial efforts with the biopic Pollock and the western Appaloosa. Beal’s empathic music has complemented the real stakes of potent documentary films like Blackfish, Spirit of the Marathon, The Queen of Versailles, and The Biggest Little Farm. Over the course of his distinguished career, he has collaborated with such established veterans as Al Pacino, Michael Mann, Tom Hanks, Ridley Scott, Aaron Sorkin, David Fincher, Ed Harris, and House of Cards creator Beau Willimon. Beal’s other work includes Al Gore’s An Inconvenient Sequel: Truth to Power, Jon Dunham’s documentary feature Boston about the 2013 Boston Marathon bombing, The Putin Interviews documentary directed by Oliver Stone, The Sweet Life directed by Rob Spera,  Shock and Awe directed by Rob Reiner, the Netflix documentary The Bleeding Edge directed by Kirby Dick, Generation Wealth directed by Lauren Greenfield,  Sebring directed by Anthony DiMaria, and the feature drama Inside Game directed by Randall Batinkoff.

Beal grew up near San Francisco, and immediately took to the trumpet and jazz music. He started composing in his teens, and pursued mastery of his instrument and writing craft at the Eastman School of Music in New York. He soon found the perfect home for his gifts in the arena of film and television, and had his first breakouts with Pollock and the Monk series. In addition to his screen music, Beal has written prodigiously for the concert hall, and his works have been performed by top-tier symphony orchestras and chorales around the world. He and his wife, Joan, recently paid their success forward by committing $2 million to the creation of The Beal Institute for Film Music and Contemporary Media at Eastman.

“With film music,” Beal says, “so much of what we do is taking place in the subliminal, covert, emotive, dramatic space. I’m always trying to find that magic where the music has a life and a personality enough so that it’s doing something, but also empathetic enough to the scene so that it doesn’t kill it—and actually works with it in a way that magnifies everything else.”