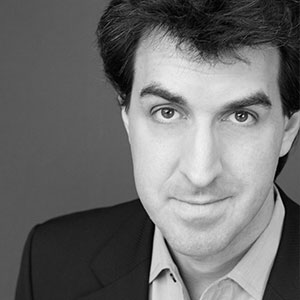 Jason Robert Brown has won three Tony Awards for his groundbreaking work as a composer, lyricist & orchestrator.  His emotionally incisive, ferociously energetic and deeply human scores for The Bridges of Madison County (Tony and Drama Desk Awards for Best Original Score and Best Orchestrations), Parade (Tony and Drama Desk Awards), The Last Five Years (Drama Desk Awards), 13 and Songs for a New World have brought his unique voice and highly personal songs to stages all over the world. Other works include his “novel symphony”, The Trumpet of the Swan (written with Marsha Norman), which he conducted with the National Symphony Orchestra. Jason also tours with his band The Caucasian Rhythm Kings, with whom he has recorded a CD, Wearing Someone Else’s Clothes.

Jason’s most recent work includes Honeymoon In Vegas which premiered this year on Broadway.