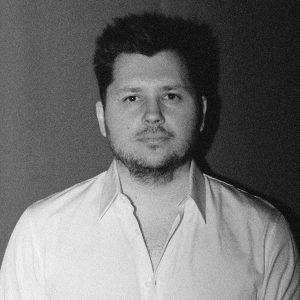 Jasha Klebe is a composer known for emotive melodies and impactful scores. Most notably, Jasha co-scored the BAFTA and Emmy nominated music of BBC’s Planet Earth II, alongside Hans Zimmer and Jacob Shea. He additionally provided music to the follow up series, Blue Planet II, as well as wrote the Emmy nominated music of National Geographic’s Challenger Disaster: Lost Tapes. Jasha also composed the score to Netflix’s Oscar nominated documentary, Winter on Fire: Ukraine’s Fight For Freedom and National Geographic’s, Diana: In Her Own Words. In 2019, Jasha composed the score to the Emmy-nominated Netflix documentary, The Black Godfather, directed by Reginald Hudlin and produced by Nicole Avant. He scored FOX’s Malika the Lion Queen narrated by Angela Bassett as well music for Garrett Bradley’s Naomi Osaka series. His music can be most recently heard on Imperative Entertainment’s podcast, The Agent, as well as Netflix/Plimsoll’s nature documentary series, Animal.

Jasha began his musical career at the age of 5, singing at his Grandparents’ opera house, Cinnabar Theater, in Petaluma, CA. He studied classical piano and trombone for over 15 years before he moved to Los Angeles and started working at Remote Control Productions under Hans Zimmer. Over the 4 years with Hans, Jasha wrote on such films as The Dark Knight Rises, Rush, Man of Steel, and several other notable projects. Jasha was also the music arranger for the 84th Academy Awards, as well as keyboard/ synthesizer player within the event’s orchestra. In 2013, Jasha began to serve as one of the headlining composers at Bleeding Fingers Music. Within this role, Jasha contributed countless hours of music to some of the most acclaimed series on television, including shows on ABC, CBS, MTV, Netflix, Lifetime, A&E, The Discovery Channel, The History Channel,

National Geographic, BBC, and he performed live on The Late Show with Colbert alongside Shea and Zimmer.