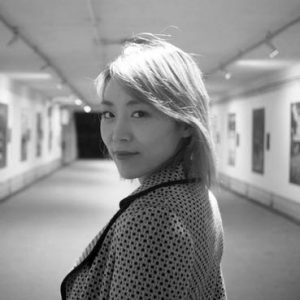 Helen Park is an undeniable force whose vibrant work is enlivening the worlds of musical theatre and film with “provocative ideas set to an irresistible beat.” A versatile songwriter and music producer, her work has been lauded by the New York Times as “addictive.” For her groundbreaking creations as composer, lyricist, orchestrator, and music producer on the Broadway-bound musical KPOP, Park received the Richard Rodgers Award and Lucille Lortel Award for Best Musical, as well as three Drama-Desk nominations.

At the center of her core lies the belief that music is a universal language meant to connect and promote understanding. Born in Busan, South Korea and raised equal parts in the U.S., Canada, and South Korea, Park’s artistic virtuosity and bicultural lens brings a distinctive view that elevates the landscape of American music.