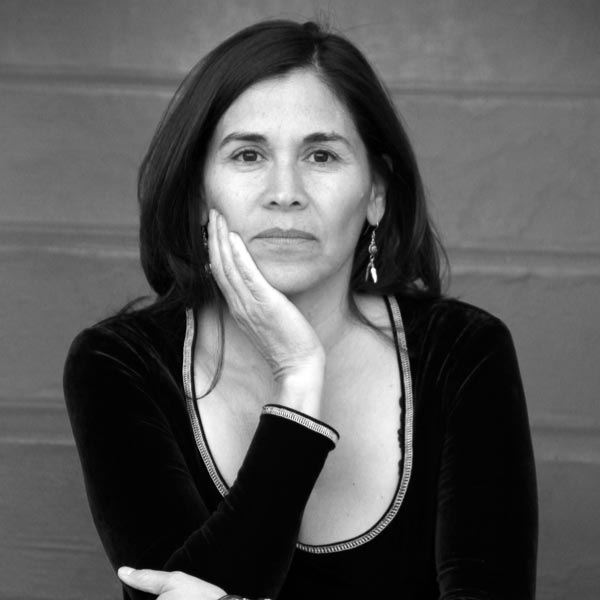 GERMAINE FRANCO is a unique award-winning composer working in Hollywood today. Her work includes collaborating with film directors, storytellers, and production teams on studio blockbusters, independent features, documentaries, television series, immersive attractions, as well as concert and choral music. Franco is the first Latina to be nominated for the Oscar for Best Original Score, to be invited to join the Academy of Motion Picture Arts and Sciences Music Branch, and to receive the Annie Award for Outstanding Achievement for Music in an Animated Feature (COCO).

Other work highlights include co-composing the epic adventure score to Paramount’s live action film Dora and the Lost City of Gold, directed by James Bobin. Her score for Little, directed by Tina Gordon Chism for Universal Studios, includes a mix of orchestral, hip hop, R&B and gospel music. She created the lively score for Curious George: Royal Monkey, directed by Doug Murphy, for Universal Animation. Franco co-wrote and produced the main title theme song for the hit Nickelodeon show The Casagrandes. In 2019 Franco was the only woman and woman of color to score two of the 100 top-grossing films (Dora and the Lost City of Gold and Little) across the entire industry. Previously in 2018, Franco was one of three female composers to score a major studio project with her work on Tag directed by Jeff Tomsic for New Line Cinema and Warner Bros. She also completed the features Someone Great for Netflix, Life-Size 2 produced by Stephanie Allain for Freeform TV, and the series Vida for Starz. She composed the score for Dope, directed by Rick Famuyiwa which premiered at both the Cannes and Sundance Film Festivals to critical acclaim.

Her work on the Oscar®-winning Pixar film COCO (2017) spanned over four years. Franco co-wrote and produced five of the six original songs with screenwriter and co-director Adrian Molina, including “Un Poco Loco”, “The World Es Mi Familia” and “Proud Corazón”. She produced, orchestrated and arranged the 2018 Oscar®-winning song. She contributed additional music and co-orchestrated the score, giving the film it’s authentic Mexican sound. At the 2018 ASCAP Screen Music Awards, Franco was recognized with the Shirley Walker Award. She is a Sundance Music and Sound Design Lab Fellow and holds both a bachelor’s and master’s degree in music from Rice University’s Shepherd School of Music.