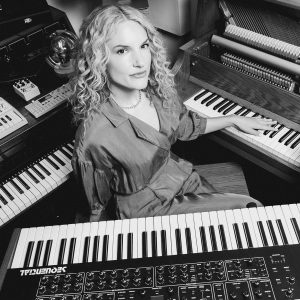 In addition to her scoring, Genevieve is half of the electronic duo darkDARK, signed to Nettwerk Music Group. She has written and produced songs with artists such as J.I.D., Pusha T, Madge, and remixed iconic songs for Sony Music such as “New World Coming” by Nina Simone, streaming on all platforms.