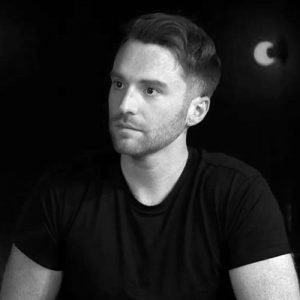 He also works in the comedic music space. Rolling Stone called him a “master” for his Nine Inch Nails parody “This Is A Trent Reznor Song”. He wrote and produced several music videos for Nerdist that have a combined over 100,000,000 views. In 2020, Freddy wrote and produced a solo musical comedy stage show for the sold-out national tour, “The Comedians Following Tool On Tour: The Tour.”

Freddy was born in Stockholm, Sweden and then moved to Cuba and the Dominican Republic before settling in the United States as a child. Because his mother is from Argentina, Freddy grew up bilingually, and is fluent in Spanish. His upbringing and his experiences around the world contribute to his wide range of musical influences. His first instrument was saxophone, which he quickly discarded to take up guitar. After years of playing in metal and rock bands, Freddy attended The American University in Washington, D.C. where he studied as a multi-instrumentalist and recording engineer. He moved to Los Angeles the week he graduated.

You can see him and hear his work on the upcoming season of RuPaul’s Drag Race Allstars, airing on Paramount +