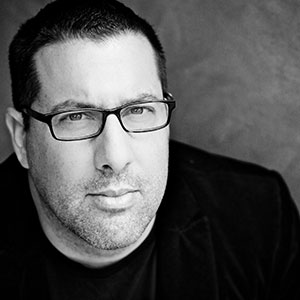 While Star Wars, Van Halen, and Bye Bye Birdie may be responsible for his love of movies, music, and theater, it was a chance meeting with Henry Mancini in college that changed his life forever. In awe of Mancini’s ability to compose for any genre, Lennertz has modeled his career to be just as diverse. He has written music for some of the world’s greatest storytellers. Whether its biting action and satire for Amazon’s hit The Boys, or the lush orchestral melodies of Steven Spielberg’s Medal of Honor series…a stark, out of tune gospel piano for Mark Ruffalo’s battle with addiction in Thanks For Sharing or soaring heroics for Seth Rogen as a hot dog saving the world in Sausage Party, this classic eclectic ability has now become his signature. He has worked in almost every genre imaginable and spent weeks on Billboard charts. He has two Emmy nominations for The Boys and the cult hit Supernatural, a Grammy winning album with Ozomatli, and an amazing twenty BMI awards for blockbusters like Bad Moms, Horrible Bosses, Ride Along, and more. Lennertz’ recent work includes the Netflix series Lost in Space, the Amazon hit The Boys produced by Eric Kripke, 13: The Musical for Netflix, Guns N Roses November Rain, and the animated musical UglyDolls, for which Chris composed original songs with lyrics by Glenn Slater featuring Kelly Clarkson, Janelle Monae, Lizzo, Bebe Rexha, Nick Jonas, and Blake Shelton. He is currently writing the stage musical BeAPart, to be directed by drama league award winner Ellie Heyman, and writing and co-directing the animated musical short film Pacemaker.

“At the heart of everything is a collaboration.” says Lennertz “Collaboration to tell stories that move people.” To embrace this spirit of musical storytelling, Chris has teamed up with legendary artists like Grammy winners Arturo Sandoval and Dave Grusin, The RZA, and Sheila E. as well as members of Pearl Jam, No Doubt, The Beastie Boys, Dave Matthews Band, Jurassic 5, and Jane’s Addiction. Collaborations with directors Tim Story, Seth Gordon, John Favreau, as well as producers Chris Meledandri, JJ Abrams, Seth Rogen, Jason Bateman, Kristen Wiig, Ed Norton, Melissa McCarthy, Will Packer, Joel Silver, and so many others have led to a stream of box office successes.

Equally comfortable on the small screen, on stage, and at festivals, Chris has written eclectic scores for Marvel’s Agent Carter and Sundance award-winner Adam for Fox Searchlight. He has written with Broadway legends David Zippel, Glenn Slater, and Oscar/Tony winner Alan Menken on Sausage Party as well as the musical adventure Galavant. Chris is also one of the most in demand composers in video games with hits like Medal of Honor, James Bond, The Godfather, and the Mass Effect series. His passion for education and philanthropy plays a major part in his life serving on the board of Education Through Music Los Angeles and The Mr. Holland’s Opus Foundation as well as Hands Together in Haiti. He personally launched the Symphony of Hope project after the 2010 earthquake to rally the film music community around the cause.

Ultimately mixing his love of storytelling, his eclectic background, and his relentless passion for all styles of music, Chris has become one of the most valued and sought after composers in Hollywood today.