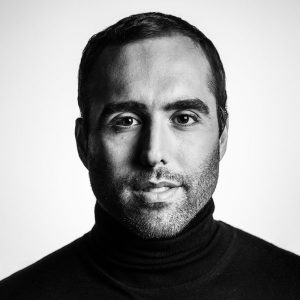 Alfonso G. Aguilar is a film composer, music producer, conductor, pianist, and a creative entrepreneur. He was born and raised in Madrid where he studied music before honing his craft at the Berklee College of Music.

His most recent work includes writing the score for The King of all The World, the latest musical film from 3-time Academy Award nominated director Carlos Saura, the Nickelodeon series Santiago of the Seas, and the Amazon series El Cid.

His other recent work includes writing the score to romantic comedy All Roads Lead to Rome, starring Sarah Jessica Parker and Clara Cardinale, the thriller Money with Kellan Lutz and Jesse Williams and the scores to Perdida, You Shall Not Sleep and a number of international projects.

Alfonso was the music producer of the Abbey Road acoustic sessions for “Guerra”, the latest album of leading Mexican artist Carlos Rivera, which achieved gold and platinum record recognition. Alfonso is also the founder of Sounditi; an audio branding firm that applies neuroscience and artificial intelligence to develop the music ID for big brands. He also founded his own music production company based in Los Angeles, Bucarest and Madrid that specializes in film scores.