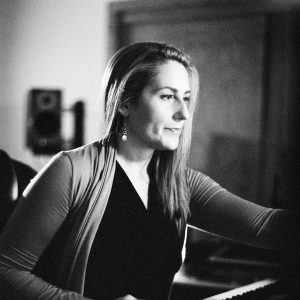 Ronit Kirchman is a composer expanding the frontiers of film and television music. Recognized in the press as “an extremely original voice” with “a virtuoso touch”, and “a truly unique force in the entertainment industry”, Ronit is probably best known for her innovative, genre-bending score for The Sinner – recently named one of IndieWire’s Best TV Scores of 2020. The acclaimed Emmy and Golden Globe-nominated anthology series, executive produced by Jessica Biel, will enter its fourth season in 2021. Kirchman and Biel embarked on their second collaboration in Limetown, a dystopian thriller for Facebook Watch. Most recently, Ronit conjured captivating themes in her powerful score for Evil Eye, a highly anticipated dark drama from executive producers Priyanka Chopra Jonas and Jason Blum for Blumhouse TV and Amazon Studios, premiering October 13.

Kirchman has also brought her bold exploratory spirit to a wide-ranging trail of films and documentaries, while drawing on her musical experiences in styles across the map. In the laboratory of her studio, she cultivates an ever-growing ecosystem of instruments, and coaxes exotic, even alien sounds from electronics and the farther reaches of her acoustic and electric 7-string violins. She’s also a prolific songwriter, music producer, conductor, and singer, and continues to compose original scores for the theater, dance, multimedia installations, and the concert stage. She has performed and recorded internationally in many contexts, including free improvisation, classical, live electronica, rock, pop, jazz, world, blues, and country. As a storyteller beyond music, she’s also a poet, author, and accomplished painter with a degree in fine arts.

Growing up in New York City, Kirchman started playing violin at age four. Her teachers included Erick Friedman, a protégé of the legendary Jascha Heifetz. She garnered her BA at Yale with high honors and her MFA in composition at California Institute of the Arts before leaping into film music, earning fellowships at the Sundance Composers Lab and the Sundance Institute Time Warner Foundation—bringing a classical virtuosity as well as an innovative, genre-blurring adventurousness into the realm of composing for narrative.

Equally at home writing for large acoustic ensembles, minting a pop hook, programming electronics, and working with master improvisers from around the world, Ronit brings great versatility, imagination, and precision to all of her projects.

“What I love about film scoring,” she says, “is that each story inspires its own language, so each time I dive into a new story, I discover and develop new modes of expression.”