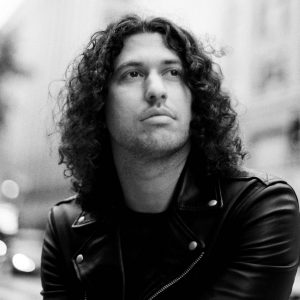 Musical savant and acclaimed instrumentalist Ilan Rubin is the youngest person to ever be inducted into the Rock & Roll Hall of Fame. Ilan has been the drummer in Nine Inch Nails since 2009. He’s also a member of Angels and Airwaves (AVA), the successful alternative band started by blink-182’s Tom DeLonge. In AVA, he plays drums live but records multiple instruments and co-writes everything. Additionally, Ilan writes and produces every song for his own band The New Regime, as well as his self-titled solo project, which he’s preparing to debut in 2021. As a session musician, he’s collaborated with a wide variety of acts including Paramore, Beck, Phantogram, and M83. Ilan has performed on a handful of major film scores — 2013’s Oblivion, 2015’s The Divergent Series: Insurgent, and 2018’s Robin Hood — as well as highly anticipated video game Cyberpunk 2077. He’s well-versed in baroque and romantic-era classical orchestration, big-band jazz drumming, bass-driven funk, blues guitar, and synth-heavy alternative rock music.   For the past 12 years, Ilan has been consistently touring. Covid-19 provided an unforeseen break that has given him time to dive deeper into his long-held passion for composing. Ilan is based in Los Angeles and works out of his home studio.