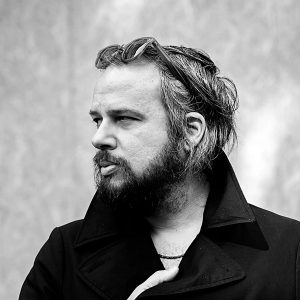 Born in New York, Adam Bryanbaum Wiltzie grew up fixated on a career in professional tennis, and was brought up under the wings of 1963 Wimbledon champion Chuck McKinley. After a tragic knee injury ended his tennis, Wiltzie redirected his energies towards music.

Best known for his work as founder of ambient classical projects such as Stars of the Lid, A Winged Victory For The Sullen, The Dead Texan and Aix Em Klemm, Wiltzie has also collaborated with and worked as a live sound engineer for other artists, including The Flaming Lips and Sparklehorse.

As a composer, Wiltzie has written the original scores multiple projects including American Woman, Salero, The Yellow Birds, Iris, and God’s Own Country. He also collaborated with Jóhann Jóhannsson on his scores for The Theory of Everything and Arrival, and wrote two of the main themes with Dustin O’Halloran in the 2016 Oscar nominated film Lion. Most recently he scored Whitney, the estate approved documentary about the life of the late Whitney Houston, directed by Kevin Macdonald.