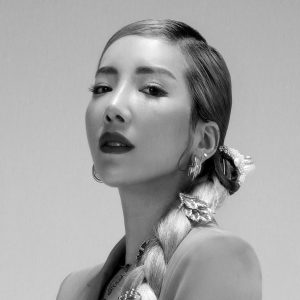 As TOKiMONSTA, California producer Jennifer Lee has charted a fascinating career over the past decade, and 2020’s ​Oasis Nocturno ​is her exhilarating next step. The fourth full-length album from TOKiMONSTA is a labyrinthine mix of echoing beats and soulful melodies that display the culmination of the seminal DJ’s experiences through her rise to fame.

Lee’s work as TOKiMONSTA gained widespread recognition from the very start: her 2010 debut album, Midnight Menu​, saw release on Flying Lotus’ Brainfeeder imprint and cemented her reputation as a formidable presence of the then emerging West Coast beat scene. 2011’s Brainfeeder release ​Creature Dreams E​P expanded on ​MidnightMenu​’s palette with successful forays into vocal-led cuts thanks to the presence of regular collaborator Gavin Turek; the 2013 LP and Ultra Music debut ​Half Shadows ​found Lee exploring darker shades of her sound with guests such as Kool Keith and MNDR in tow.

Following ​Half Shadows​’ release, Lee collaborated with artists like Jessie Ware, Anderson Paak, and Kelly Rowland, while also putting out several records on her own Young Art Records imprint that served as practical blueprints for the dusky environs of ​Lune Rouge ​and ​Oasis Nocturno​. Mini-albums Desiderium f​rom 2014 and 2016’s ​FOVERE ​elegantly deployed pitch-shifted vocal samples to add new textures to the TOKiMONSTA sound, and in 2015 she added her capable touch to Turek’s mini-album, You’re Invited.

At the end of 2015, Lee’s career temporarily came to a halt after being diagnosed with an extremely rare and potentially fatal brain disease known as Moyamoya. After undergoing two brain surgeries to treat the rare brain disease, Lee was left unable to speak, create, or even listen to music. Through perseverance and faith, Lee’s memory returned, and shortly after taking a break from making music, was finally able to regain her music making abilities. After regaining much of her memory and music making talent in March of 2016, Lee made her triumphant return with jaw-dropping performances at SXSW and Coachella.

In 2019, TOKiMONSTA released her first album post-surgery, ​Lune Rouge, ​consisting of 11 mesmerizing songs that perfectly showcased TOKiMONSTA’s signature sound. TOKiMONSTA’s sound has always kept one foot in the pop stratosphere, but ​Lune Rouge ​found her diving in with glee. ​Lune Rouge ​was so highly praised that in 2018, TOKiMONSTA released a reinterpretation of the album titled ​Lune Rouge Remixed. T​he LP featured remixes from some of the world’s most creative producers such as Sofi Tukker, Felix Cartal, Kingdom, DâM FunK, Qrion, Penthouse Penthouse and more. After an astonishing recovery and monumental year, TOKiMONSTA was recognized for the critically-acclaimed release, which was officially nominated by the Recording Academy for a Grammy Award as 2019’s Electronic Album of the Year. The nomination was not just an accolade but an astounding achievement for TOKiMONSTA, since she’s not only the first Asian American producer to ever get nominated in the Grammy Electronic category but the first woman to do so.

In September of 2020, she followed up with ​Oasis Nocturno Remixed​. The fully reworked album included 20 remixed versions of standout tracks from ​Oasis Nocturno​, featuring production from both fast-rising DJ’s and producer-mainstays like Soul Clap, AC Slater, Damian Lazarus, Dombresky, GroovyRoom, Falcons, POSIJ, and more. The remixes offer a reimagined take on the original album and demonstrated a unique adaptability that is baked into her sound.

From overcoming a debilitating medical condition to returning triumphantly to the spotlight, ​Oasis Nocturno ​and ​Oasis Nocturno Remixed​ are two more notches in the belt of one of the world’s most talented producers. TOKiMONSTA continues to deftly remain between the tastemaker and dance world with each release pushing boundaries and in turn leading to a phenomenal career as one of the top producers of the moment. Lee is well on her way to becoming a household name and is finally getting the recognition she very well deserves.