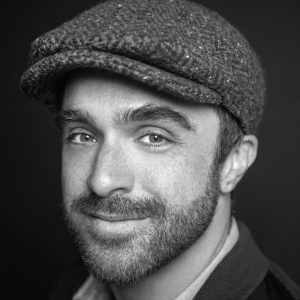 Mikel Hurwitz is a versatile composer, orchestrator, music producer and multi-instrumentalist. He is best known for his recent scores for the comedy-horror feature Too Late, starring Fred Armisen & Mary Lynn Rajskub, his Sundance-featured digital-series Gentefied, a Latinx comedy about gentrification in Boyle Heights, California, and his dark-comedy feature Up There, a narrative based in a small town in Northern Michigan.

Mikel recently wrote additional music and music edited The Boy From Medellin, a documentary about Colombian reggaeton singer J Balvin for Amazon, and from 2015 to 2020, worked on Danny Elfman’s music team as his assistant, additional orchestrator and synth programmer on scores such as The Grinch, Dumbo, Justice League, and The Girl On The Train. Since 2019, he has also scored 20 television movies for the Hallmark Channel.

From private percussion, piano, clarinet, composition and orchestration studies, a degree from Berklee College of Music in Film Scoring, performing and producing countless jazz, hip-hop, afro-beat, reggae, experimental & funk albums over the years, Mikel is a lifelong student of Music and its sacred marriage to the screen.

Mikel is a Canadian that recently moved back to Toronto, Canada, after many years in Los Angeles.