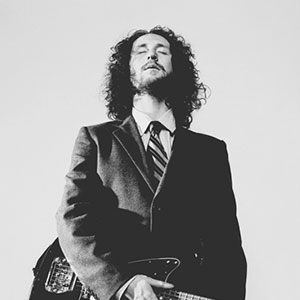 Michael Einziger has made a name for himself as the guitarist and composer for the multiple Grammy-nominated rock band, Incubus. After having sold over 16 million albums, penning 14 consecutive top-ten singles (including four #1 hits), he is now proving himself as a viable force in the world of film music. Einziger scored the documentary film God Bless Ozzy Osbourne, which offered a rare and previously unseen chronicling of Osbourne’s life as a troubled youth who found salvation in the formation of his revolutionary band, Black Sabbath.

As a record producer, Einziger produced and recorded the Coconut Records album, Nighttiming, a collection of songs written by Jason Schwartzman, features guest appearances by Zooey Deschanel and Kirsten Dunst. Songs from Nighttiming include Summer Day, featured on the Spiderman 3 original soundtrack, Nighttiming, featured on the soundtrack for Funny People, and West Coast, featured in the movie Cloverfield as well as on the television show The OC.