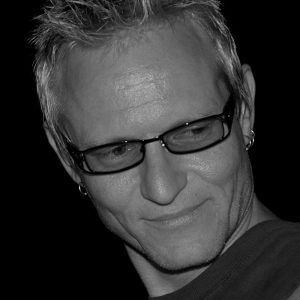 However his versatility has also led him to score such diverse films as John Carpenter’s The Ward, Revenge Of The Green Dragons (executive produced by Martin Scorsese,), the quirky comedy Trust Me (Clark Gregg, Felicity Huffman, Sam Rockwell, William H Macy,) Repentance (Forest Whitaker, Anthony Mackie) and the first Pitch Perfect for which he has a platinum album for soundtrack sales.

Kilian cut his teeth in Hollywood writing additional music, orchestrating and electronic production for movies such as The Matrix Reloaded, Red, The Animatrix, Elektra, and Copycat.

He has 3 albums out under the name The Gravy Street which have received airplay in Los Angeles and also 2 albums with the electronica duo Ape Quartet. He also did string arrangements for Glenn Hughes (Deep Purple) on his solo album Music For The Divine and a KCRW sponsored remix of an Ozomatli song with Anne Litt, as well as music for the Getty exhibition The Aztec Pantheon.

“See a dog, hear a dog is not what film scoring is all about for me. I am my happiest when I can tell the story you’re not seeing on screen. I love to use weird and wonderful instruments that are not particular to the setting. When that kind of juxtaposition works, it is pure magic to me!”