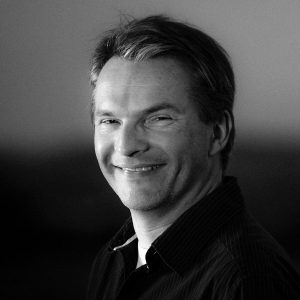 From subtle yet suspenseful melodies in The Woman in Black and Hollow Man 2 to action-packed movie scores such as Northmen: A Viking Saga and Love & Monsters, film composer Marcus Trumpp has shown he knows how to sweep an audience musically off its feet.

Over the past two decades, Trumpp has written, orchestrated and recorded music for film, television, commercials and multimedia in the US, Germany, England, China and France, where he was nominated for a Cesar Award for his score to the gangster epic, Mesrine.  A classically trained musician from Stuttgart, Germany, Trumpp’s scores combine the richness of the Old World with the restless energy of his adopted homeland in the New World.

Since his arrival in Hollywood in 1998, Trumpp has collaborated on a broad range of projects.  These include such box office hits as Venom 2: Let there be Carnage, 2012, Logan and World War Z; as well as independent work such as Vikaren, The Drop, and The Emperor of Paris.

Trumpp grew up in a music loving family in Germany. His grandfather, an opera singer, inspired him to learn to play the piano at the age of five.  Always interested in film, Marcus loved cartoons as a kid and actually made his first stop-motion 8mm film on his parents’ dinner table when he was only seven years old.

But it was not until he saw The Neverending Story that Marcus discovered the magic of film music and its emotional impact on the audience. He instantly fell in love with the works of Ennio Morricone, Jerry Goldsmith and John Williams, and devoted all of his time to studying the art of composition and orchestration.

In 1993, Trumpp graduated from high school in Germany and wrote the musical Metropol, which was performed in Stuttgart and received much critical acclaim. His career in composing music for film began in 1994 when he wrote the score for the award-winning German picture My Grandfather and The Man in the Moon.

In 1998, Trumpp attended the Scoring for Motion Pictures and Television Program at the University of Southern California, where he received training from such film music luminaries as Elmer Bernstein, David Raksin, and Leonard Rosenman. Upon completion, the American Society of Composers and Publishers selected Trumpp to attend its Film Scoring Workshop, which made one of his biggest dreams come true – To work with the Hollywood Studio Symphony.

Since then, Trumpp continued to collaborate with some of the world’s most outstanding musicians, composers and orchestrators.  He currently resides in Los Angeles, California.