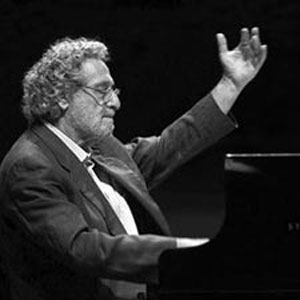 Luis Bacalov, Academy Award winner for his score for Il Postino, has been composing music for a variety of countries and genres since the days of the spaghetti western. He was nominated for an Oscar for The Gospel According to St. Matthew early in his career, and has scored—among others—Jose Bojorquez’s Sea of Dreams, Dare to Love Me, Bride of the Sea, Dust Factory (directed by Eric Small), Assassination Tango (directed by Robert Duvall), Woman on Top (starring Penelope Cruz), Peter Ho-Sun Chan’s The Love Letter, Polish Wedding (starring Claire Danes), and Kill Bill 1 & 2 (additional music). Most recently, Bacalov has written the scores for Bojorquez’s Hidden Moon and Michael Radford’s Elsa & Fred starring Christopher Plummer and Shirley MacLaine.

Bacalov was born in Buenos Aires, Argentina, and immigrated to Italy as a young man. A virtuoso pianist, he began his career writing and arranging songs for popular Italian artists. He segued into film scoring in the 1960s, and has since written nearly 150 scores.