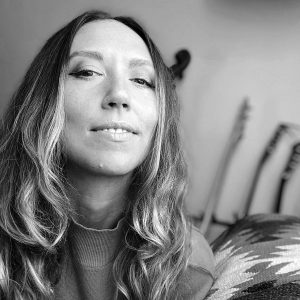 Lauren Culjak is a Los Angeles based composer, artist, and producer. A classically trained pianist and self-taught producer, her sound palate ranges from industrial and gritty to ambient and orchestral. She recently composed music for the Sony Pictures feature film Long Weekend, the Amazon series With Love, the Hulu series Love, Victor, The CW series Nancy Drew, the comedy feature Diamond in the Rough, and the feature The Year Between which premiered at the Tribeca Film Festival. Upcoming for Lauren is the Judy Blume documentary feature Dear Judy for Imagine and Amazon and the drama feature The Mattachine Family.

As an artist she releases songs under the name Kotomi, and her brand of ethereal pop finds its distinct voice through her unique sense of melody. Her songs have been featured in Rick and Morty, Miss You Already, and Prom and on Spotify’s New Music Friday, Pitchfork, SPIN, and Gorilla vs. Bear, and she has collaborated with artists like Ryan Hemsworth, Cyril Hahn, Adventure Club, and Max Cooper.

Kotomi is her mother’s Japanese name, which translates to mean the beauty of old cities.