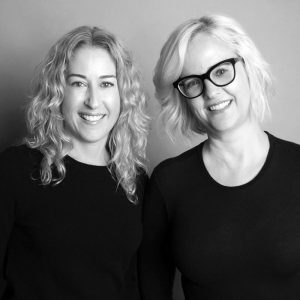 Julia Michels is one of Format’s earliest members and one of the most significant figures in the film and music industry today.

Michels began her career as a music executive for Twentieth Century Fox, where she supervised all music for projects across Twentieth’s myriad divisions.  She left FOX to run the soundtrack department across all labels in the EMI Records’ family and then went on to oversee music for MGM Pictures.

Currently, Michels is one of the most sought-after and experienced music supervisors in the industry.  Her films have garnered both critical acclaim and over $2 Billion Dollars in worldwide ticket sales.

Select credits include:  A Star Is Born, Greatest Showman, Pitch Perfect 1, 2 &3, Trolls, Bad Moms, Diary of a Wimpy Kid (franchise), A Single Man, The Blind Side, Sex and the City 1 & 2, The Devil Wears Prada and many more.

As a Grammy award winning music supervisor, Julianne Jordan is unquestionably one of the most prominent and respected in the industry.

An accomplished violist who studied her craft at Skidmore College, Julianne’s career as a music supervisor began to take flight when director Doug Liman brought her in to work on a small independent picture called Swingers. The film ignited the “swing” craze in the 90s, spawned a new type of vernacular, and pushed the public’s interest in retro swing music into hyper drive. The soundtrack quickly went Gold and Julianne has not stopped working since.

Julianne’s expertise is well recognized; she is frequently brought in to supervise, consult, or executive music produce on films where a high level of creativity and technical expertise is required to re-imagine sonic concepts and execute difficult on-screen scenarios. Examples of this creativity and skill are showcased in Alvin and the Chipmunks, where Julianne helped reinvent a classic sound and throughout the Pitch Perfect franchise, breathing fresh life into the staid world of a cappella music. She won a Grammy Award in 2020 for her work on A Star Is Born, alongside Lady Gaga and Bradley Cooper. Julianne’s work extends well beyond the silver screen, allowing her the opportunities to supervise live concert productions of Disney’s “The Little Mermaid” (2016) and “Beauty and the Beast” (2018) at the world famous Hollywood Bowl. She also was a producer on the Doug Liman helmed film “Locked Down”.

In 2020, feeling helpless during the pandemic, Julianne conceived and produced the of reunion of the Pitch Perfect Bellas for a music video and download of an a cappella version of “Love On Top” which would generate donations to Unicef’s Covid Relief efforts. To date, the video has over 15 million views and has raised over $60,000 for Unicef.

Julianne is co-founder of Format Entertainment, the largest collective of music supervisors in the world. She has served two terms on the Board of Governors for the Los Angeles Chapter of the Recording Academy and has won numerous awards and accolades for her innovative approach to supervision. She has taken home one Grammy, four Music Supervisor of the Year awards from the Guild of Music Supervisors, a 2015 American Music Award, a Billboard Music Award for Best Soundtrack for her exemplary work on Pitch Perfect 2 and an Academy Of Country Music Award in 2019 for her work on A Star Is Born. She currently serves on the Board of Directors for Education Through Music Los Angeles. Julianne is also a voting member of the Academy of Motion Picture Arts and Sciences.

Julianne’s select credits include: A Star Is Born, Pitch Perfect 1, 2 & 3, Trolls, Edge of Tomorrow, Alvin and The Chipmunks 1 & 2, Mr. and Mrs. Smith, and The Bourne Identity.