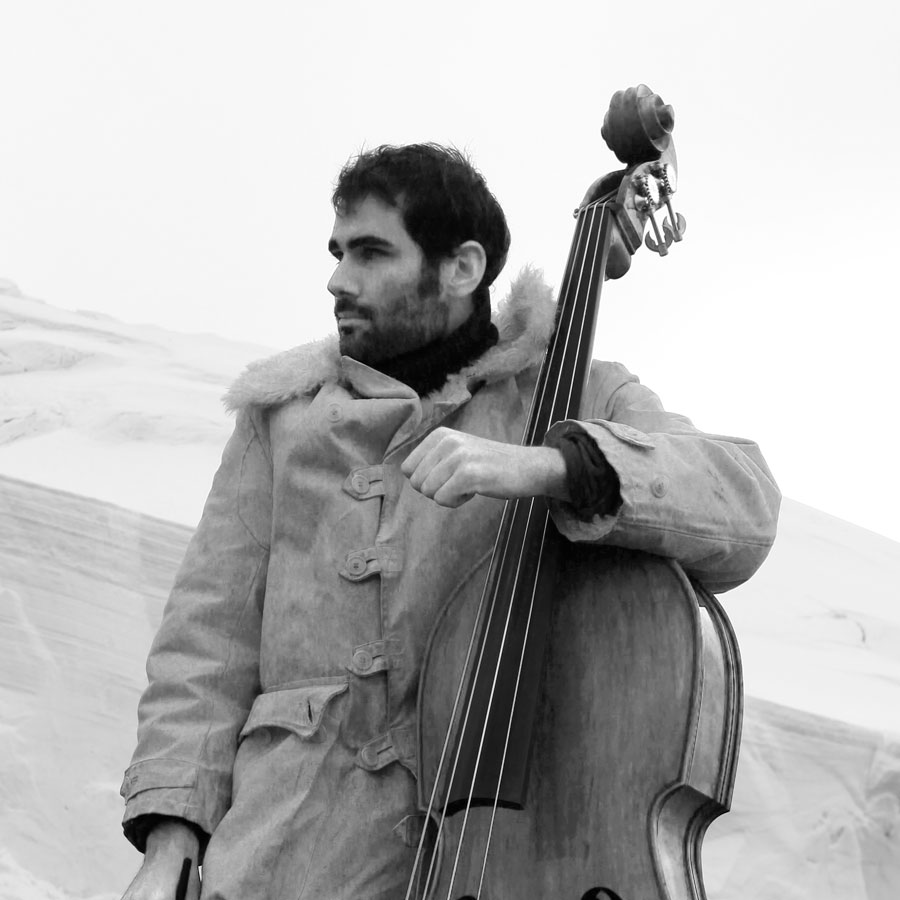 New York-based composer, Garth Stevenson, creates music for film, television, and visual media, uniquely drawing his inspiration from nature. Stevenson grew up in the mountains of Western Canada, where he learned to play piano and double bass and cultivated a harmony with the natural elements that surrounded him. His time spent playing his 160-year-old bass in remote locations such as Antarctica and Tuva has inspired three studio albums, Flying, Voyage, and Alpine. He has also played his instrument on more than 50 studio albums for other artists.

“So much of my sound and musical vocabulary evolved from the thousands of hours I’ve spent playing alone in nature,” says Stevenson. “Scouting locations, getting lost in the woods, encountering animals—it’s all such a journey before I even take my bass out of the case. It’s that journey that I hope comes across in the music.”

Stevenson’s most recent work is the A24/Amazon Studios documentary Val, a visceral and intimate film chronicling the 40-year career of Val Kilmer, which premiered at the 2021 Cannes International Film Festival.