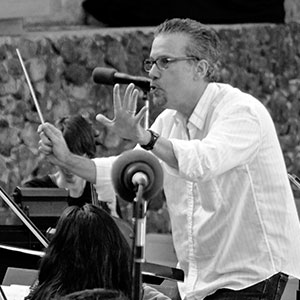 BAFTA-winning composer Garry Schyman is one of the world’s most celebrated voices in video game music as evidenced by his award-winning scores to the BioShock game series, as well as dozens of hit games, films, and television productions. Schyman has most notably given the universe of BioShock (including BioShock 2 and BioShock Infinite) its musical identity, scoring the hugely successful game series with a blend of haunting beauty and terrifying unease. He paid playful homage to ’50s sci-fi with his score for the game Destroy All Humans! (followed by two sequels), accelerated the heartbeat in action games like Resistance: Retribution and Dante’s Inferno, and gave a nod to the hypnotic style of Bernard Herrmann in the mystery game Voyeur. Recently he entered the fantasy world of Tolkien for the adventure game Middle-earth: Shadow of Mordor and its sequel Middle-earth: Shadow of War. Garry’s most recent releases include the horror film Itsy Bitsy, the virtual reality Twilight Zone inspired game Torn, and the Franz Kafka inspired game Metamorphosis co-composed with Mikolai Stroinski.