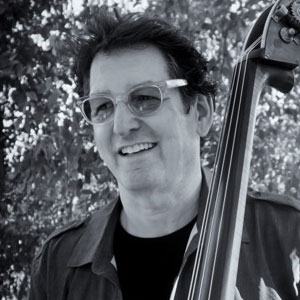 David Schwartz is an Emmy award-winning composer that has helped define quirky television on both sides of the 21st century. He struck comedy gold with the cult NBC comedy series Arrested Development with regular collaborator Mitchell Hurwitz, where—from the opening strains of his ukulele swing theme song—Schwartz contributed score and songs that were both funny and mock-serious, jumping from genre to genre and providing an essential (and Emmy-nominated) layer to the show’s eccentric charm. Recently, David was tapped by Amy Poehler to compose the music for her documentary directorial debut, the Amazon feature, Lucy and Desi from which a lush, cinematic score was inspired and secured him an Emmy Award for Outstanding Music Composition for a Documentary. Schwartz also composed music for the NBC series, Rutherford Falls, starring Jesse Leigh and Ed Helms, now in its second season, the hit NBC comedy, The Good Place starring Kristen Bell and Ted Danson, the final season of the prestigious HBO series VEEP, starring Julia Louis Dreyfuss, and the Fox drama series, Almost Family, starring Brittany Snow. After returning for the resurrected fourth season on Netflix, David joined forces with Pam Brady & Hurwitz on the second season of the Netflix original series, Lady Dynamite, starring Maria Bamford and Better Late Than Never starring George Foreman and William Shatner. Schwartz’s dusty, fiddled main title theme song for the lauded HBO drama Deadwood invited audiences into the criminal world of the old west every week, and was recognized with an Emmy nomination. Previously, his chameleonic music for the beloved, Emmy-winning CBS series Northern Exposure set the peculiar tone of the show for all six seasons, as both underscore and songs emitting from the on-screen jukebox. (His theme song for the show was nominated for a Grammy.) His film work includes Alex Gibney’s Sundance hit Gonzo: The Life & Work of Dr. Hunter S. Thompson. In addition to these iconic works, Schwartz has lent his unique voice to everything from Reaper to Benched to the Lennon-McCartney themed VH1 movie, Two of Us. His theme song for the CBS horror series Wolf Lake was nominated for an Emmy, and he was a composer for the comedy feature, Standing Up Falling Down starring Billy Crystal and Ben Schwartz.

Schwartz, who grew up in NY, has been playing music across genres for most of his life. He studied at the School of Visual Arts (NY), and Berklee College of Music, and during college he played bass in a wide variety of Orchestras, ensembles, and bands. He quickly began engineering and producing music—and his quirky, multi-instrumental, and song-oriented background prepared him perfectly for his first big writing assignment when he landed Northern Exposure. “When I’m composing for comedies, I never think, ‘Oh boy, ‘let’s make this funny music,’” explains Schwartz. “But I always try and make things fun.” He is just as excited about music now, as he was when he started playing in bands. He adds, “I come from a family of visual artists and when I discovered film/tv composing, it immediately felt like the right fit, where I could combine music with visual storytelling. I like to get inside the filmmaker’s head and figure out how to best support the emotions of the story with music.”