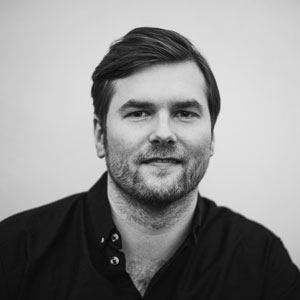 Christian Wibe is a diversely talented TV and film composer whose music has bolstered a wide variety of projects. His most celebrated project was his score for Netflix’s acclaimed original film, What Happened to Monday, starring Willem Dafoe and Glenn Close. The score featured big, orchestral driven emotional moments infused with electronics and was named a top 10 score of 2017 by Film Score Magazine. Most recently, Christian scored the upcoming Sony and WWE Studios film The Marine 6: Close Quarters, for which he used a musical palette featuring an interesting blend of ambient guitars, orchestra, noise percussion and evoking electronics.

Christian has also been a frequent collaborator of Steve Jablonsky, working as a composer and synth designer to a number of films, including the Netflix comedy Game Over, Man!, Universal’s thriller Skyscraper starring Dwayne Johnson, and a new action project coming out soon.

Norway born and raised, Christian has always been engrossed in music. He formed the cheeky hard rock band Animal Alpha in 2003, which amassed a huge following in his home country and was nominated multiple times for Norway’s version of the Grammys. Their successful sound is what landed Wibe at the doorstep of Dead Snow director and now frequent collaborator Tommy Wirkola and helped jump-start his career as a composer. He is known for creating unique scores that infuse interesting electronic sensibilities with orchestral swirls.