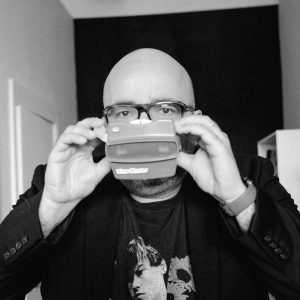 Grammy-winning, Emmy and Annie-nominated composer and songwriter Alex Geringas had 16 #1 hits in Germany before moving to Los Angeles in 2011.

Alex’s recent work includes the animated feature ARLO THE ALLIGATOR BOY for Netflix which he wrote the score and co-wrote all the original songs, as well as the follow up series I HEART ARLO which debuts in August. Alex is currently scoring the feature comedy NOT AN ARTIST and BATWHEELS for Warner Bros. Animation.

His other recent scores include the latest installments of the TROLLS franchise TROLLS: TROLLSTOPIA and TROLLS: THE BEAT GOES ON! for DreamWorks Animation. Alex has also recently written original songs for THE SPONGEBOB MOVIE: SPONGE ON THE RUN for Paramount and the comedy feature THE WAR WITH GRANDPA.

Geringas has written a number of end title songs for the big screen including for such films as ICE AGE: COLLISION COURSE, THE NUT JOB 2: NUTTY BY NATURE, WOODY WOODPECKER, and THE LEGO NINJAGO MOVIE, which he also wrote additional music for. Other original song contributions include THE MUPPETS (ABC), TRAINING DAY (CBS) and CSI (CBS).

Alex has contributed additional music on such films as PITCH PERFECT 3 for Universal, UNCLE DREW for Lionsgate and THE HAPPYTIME MURDERS for STX Entertainment and The Jim Henson Company. Along with composer Chris Lennertz, Alex co-produced the Emmy-nominated song “Never Truly Vanish” for the Amazon series THE BOYS.