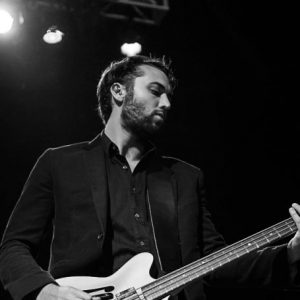 Zachary Dawes is a Los Angeles born composer and producer.  Most recently, Dawes was the music supervisor and co-composer for the critically-acclaimed film The Peanut Butter Falcon starring Shia LaBeouf and Dakota Johnson.  His other recent film project was the score for Big Time Adolescence, starring Pete Davidson, which debuted at the 2019 Sundance Film Festival. In addition to his work as a film composer and music supervisor, Dawes is also a career musician, and most recently produced and wrote with Lana Del Rey for her latest album Norman F*cking Rockwell, which is currently nominated for a Grammy award for Album of The Year.

Dawes began his career working for T Bone Burnett in 2008, playing on sessions and working on film and television projects such as True Detective, Nashville, Inside Llewyn Davis, and The Hunger Games.  Dawes and Burnett most recently collaborated on the 3rd season of True Detective, where Dawes was credited as music supervisor.

As a musician, Dawes is a founding member of the band Mini Mansions, which he started in 2008 with Michael Shuman from Queens of the Stone Age. He has also collaborated with Alex Turner, records and tours with The Last Shadow Puppets and recently contributed to the latest Arctic Monkeys record. Dawes has also collaborated with a wide range of recording artists such as Brian Wilson, Sharon Van Etten, Sara Bareilles, Kimbra, and Lisa Marie Presley, among others.

Dawes grew up in Encino, California and graduated from the University of California at Santa Cruz in 2007 with a degree in Film and Digital Media.