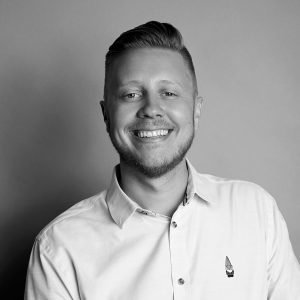 Trygge Toven is Vice President of Creative and a senior music supervisor at Format Entertainment.

Toven possesses a rare combination of youth and experience, having spent more than a decade honing his craft on film, television and marketing projects, establishing himself as one of the foremost talents in the industry today. Toven has shaped the musical identity of some of Hollywood’s biggest projects, including Netflix’s Dolemite Is My Name!, 6 Underground, and Always Be My Maybe, FOX’s Spies In Disguise, Newline’s Shaft and HBO’s Westworld.

Toven’s background as a music producer and recording engineer inform and enrich his approach to supervision; allowing him to better understand a project from a creator’s perspective. Toven excels in on-set and recording studio environments where his experience, insight and expertise help align creative visions with inventive, enlightened solutions.

Toven has an appetite for tackling a wide variety of supervision challenges. He has left his mark on award-winning indie films, such as The Stanford Prison Experiment, just as he’s influenced global box-office hits for Marvel, including Guardians of the Galaxy Vol. 2, Thor: Ragnarok and Black Panther as well as contributing to the hit animated musicals Sing & Trolls. Toven’s keen ear and ability to keep his finger on the pulse of innovative techniques in curation and licensing have solidified his position as a leader of a new generation of music supervisors.