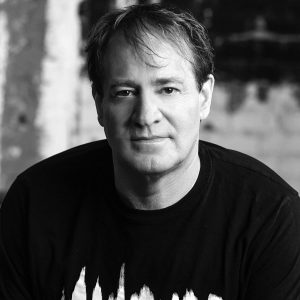 Timothy Williams is a multi-award winning composer for film, television, and video games, who most recently scored the Screen Gems film BRIGHTBURN directed by David Yarovesky and produced by James Gunn. Tim’s other recent work includes music for the Golden Globe and Academy Award-nominated GET OUT, GUARDIANS OF THE GALAXY Vol. 1 & 2, FAST & FURIOUS PRESENTS: HOBBS & SHAW, DEADPOOL 2 and CREEPSHOW.

He has written additional music for Get Out, Guardians of the Galaxy Vol 1 & 2, Deadpool 2, FAST & FURIOUS PRESENTS: HOBBS & SHAW, Watchmen, Sucker Punch and 300.

His work for live shows includes over 60 shows for Disney, Universal Studios and Sea World. Highlights include 2019’s Jurassic World Live Tour, The Wizarding World of Harry Potter, the opening of Shanghai Disneyland and World of Color “Hurry Home”.

As an orchestrator, Tim has orchestrated over 63 films and over 40 episodes of TV including the Emmy-nominated ABC series MISSING, S.W.A.T. for CBS, CASTLE for ABC, TIMELESS for NBC, and THE WHISPERS for ABC. He has also arranged for such artists as Rob Zombie, Vanessa Williams, Zella Day, The Creeper and Leah Michelle.