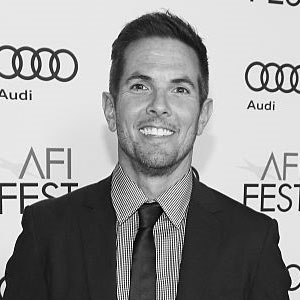 Grammy winning and Emmy nominated music supervisor Steven Gizicki had the world singing—and smiling— with his work on Damien Chazelle’s technicolor musical, La La Land. Gizicki oversaw the creation and delivery of all things musical on the film, which included the intensive rehearsal and training required for Emma Stone and Ryan Gosling. The soundtrack, which he co-produced, sold millions of copies around the world and earned him a Grammy in the Best Compilation Soundtrack for Visual Media category. The film’s music also garnered two Academy Awards for both score and original song. Gizicki earned a Guild of Music Supervisor award for Best Music Supervision For Film for his work on La La Land, and was nominated for an Emmy for Outstanding Music Supervision on the FX series, Fosse/Verdon.

Upcoming for Gizicki is Warner Bros’ In The Heights directed by Jon M Chu, based on the Broadway musical by Lin-Manuel Miranda,Tick, Tick…Boom directed by Lin-Manuel, as well as Guillermo Del Toro’s Pinocchio, both for Netflix.

One of Gizicki’s steadiest relationships since he began music supervising nearly two decades ago has been with Walt Disney Animation, where he helped steer the ongoing adventures of several of the studio’s most beloved features, including Mulan 2, Tarzan 2, The Little Mermaid: Ariel’s Beginning, and Bambi II.

The groundwork for it all was laid in Gizicki’s long, vibrant experience as an executive in the record industry. Working with legendary artists like David Bowie, Lenny Kravitz, and the Rolling Stones as a project manager for Virgin Records America, as well as managing soundtrack albums for PolyGram Records, tuned his ears and cultivated relationships that have made for killer music supervising instincts.

Gizicki grew up in San Diego, and as a kid he fell (hard) for music after his uncles introduced him to Iggy Pop on the scratch and pop of swirling vinyl. He took a job in a record store as a teenager, and the rest is history. “I’m still a music junkie and a music Wikipedia,” he says, “it’s just how my brain works.”

Of his approach to music supervision, he says: “It’s all about the story. It’s all about serving the needs of the film. It can be the best song in the world, but if it’s not right for the story, then out it goes. For me, the key is to understand the vision of the director, and to be able to put that vision up on screen.”