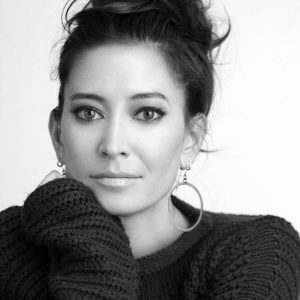 Sherri Chung is a composer for film and television and currently composes the scores for the hit CW shows Kung Fu and Riverdale. Sherri previously scored NBC’s Blindspot and the CBS limited series The Red Line produced by Greg Berlanti and Ava DuVernay. Her latest films include The Lost Husband starring Josh Duhamel and the Warner Bros. film Nancy Drew and The Hidden Staircase. Sherri’s compositional work includes both songs and scores for t.v., films, documentaries, commercials, musicals and music libraries. Sherri’s film, The Other Side of Home was shortlisted for the 2017 Oscars for Best Short Documentary.

A long time collaborator with composer Blake Neely, they have worked together on a number of scores, including those for CW’s Arrow, The Flash, Supergirl and DC’s Legends of Tomorrow.

Not only a composer, Sherri is also a pianist, vocalist and songwriter. She has recorded and produced 2 original albums and performs with her band in Los Angeles. As a vocalist, she has recorded for films, commercials, trailer music, and television (ABC’s Resurrection, and CW’s Arrow). Currently her voice can be heard on NBC’s Blindspot and the Netflix documentary series The Keepers (Emmy nominated for Outstanding Documentary), two scores she also conducted.