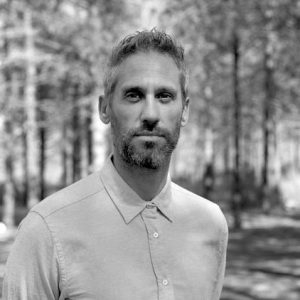 Rob Simonsen still has a clear recollection of the first time he composed music for a film. He’d been asked by high school friends to add piano solos to a movie they were completing, and afterwards experienced something of an epiphany. “Scoring films is a career?” he thought to himself. “You can do that as a job? No one told me!” The revelation would change the course of his life, such that, within the less than two decades since, he’s contributed to almost a hundred film and television soundtracks, including 2013’s The Way, Way Back (starring Steve Carrell), 2014’s Academy® Award-nominated Foxcatcher, and 2018’s The Front Runner, the acclaimed story of Gary Hart’s failed 1998 American Presidential bid. He’s also been involved in notable collaborations for other films, not least with Mychael Danna for 2009’s 500 Days Of Summer and the Academy® Award-winning score for 2012’s Life of Pi, as well as – albeit uncredited – Terry Gilliam’s The Imaginarium of Doctor Parnassus (2009).

To anyone who knew Simonsen at a young age, his choice of profession will make perfect sense. Growing up in Missouri with a mother whose ambition was to sing on Broadway and a grandmother who worked as a voice teacher, musical director and singer, he’d spend countless hours at the piano, developing a love for soundtracks, including E.T., Blade Runner, Dances With Wolves and Braveheart, first picking out the melody to Chariots of Fire aged just five. His grandmother, who ensured he received piano lessons from an early age, wasn’t his only influence: he found another early mentor in family friend Jackson Berkey, Mannheim Steamroller’s co-founder and keyboardist, whose blend of synthesisers and orchestral music proved an unlikely early inspiration. Soon he began immersing himself in electronic, jazz, and pop music, learning to play vibraphone, bass, guitar and drums while performing in high school bands, before studying jazz piano performance and music theory at Southern Oregon University, the University of Oregon, and Portland State University.

It was thanks to his first formal commission – for 2003’s independent feature Westender – that Simonsen dropped out of university to pursue his calling. While attending the Seattle International Film Festival to promote the film, he met veteran composer Mychael Danna, who invited him to join him as his assistant. Relocating to Los Angeles in 2004, Simonsen built a solid reputation on the back of their work together, before establishing himself as a sought-after talent in his own right, composing music for 2015’s The Age of Adaline – for which he co-wrote the end credits theme – in addition to a slew of other films, including The Spectacular Now (2013), Burnt (2015), Gifted (2017), Going in Style (2017), Father Figures (2017), Tully (2018), Love, Simon (2018) and Captive State (2019), and TV shows such as Blue Bloods (2010-18), Life in Pieces (2015-18), and Dollhouse (2009-10). Along the way, he’s collaborated with filmmakers ranging from Bennett Miller and Marc Webb to Joss Whedon and Jason Reitman, while he also regularly clocks up over 360,000 monthly listeners on Spotify, with ‘A Story of Boy Meets Girl’ (from 500 Days of Summer) and ‘Call Me’ (from 2016’s Viral) both surpassing three million streams by 2018. Simonsen’s recent work includes The Friend starring Dakota Johnson, the Warner Bros. drama The Way Back starring Ben Affleck and directed by Gavin O’Connor, and Stargirl directed by Julia Hart for Disney+. Upcoming for Simonsen is the highly anticipated Sony Pictures sequel Ghostbusters: Afterlife.

Simonsen’s music, however, isn’t restricted to the silver screen. Indeed, he cut his teeth recording electronica under the name Frozen Light, encouraged by Keith Kenniff (Helios, Goldmund), and Sony Masterworks will soon release Reveries, his debut solo album under his own name, an elegant, affecting collection which puts his piano in the spotlight, furnishing it with blissful embellishments, both electronic and analogue. The record was partially inspired by time spent in Berlin with other likeminded musicians, including Oscar-nominated soundtrack composers Dustin O’Halloran (Marie Antoinette, Lion, Transparent) and the late Jóhann Jóhannsson (Sicario, The Theory Of Everything, Arrival), who also helped embolden him to co-found The Echo Society, a non-profit artist collective, once he returned to Los Angeles. There, alongside a number of acquaintances and friends, Simonsen began setting up an annual showcase, with his colleagues at first working separately on their compositions and, later, collaborating, all the time encouraging one another artistically. The organisation has become another example of Simonsen’s ability to work as part of a team as well as independently.

Whatever their purpose, Simonsen’s compositions always shares one crucial characteristic: their potent emotional scope. “Music can work to deepen a scene,” he explains of his cinematic scores, “but it can also add flavours that aren’t on-screen. It opens up a portal to a deeper experience. Those portals are always there, but it’s our job as composers to open them further.” Opening such portals, however, is something Simonsen does even without visual accompaniment, as Reveries confirms. It’s why his music lingers long in the memory, just as the recollection of what first inspired him to pursue his career remains fresh in his own mind.