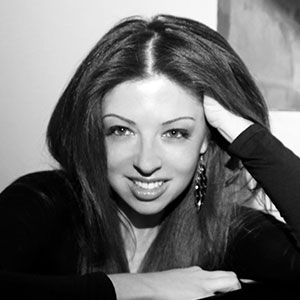 Pinar Toprak is one of the most refreshing voices in film music today, and is the first woman to ever score a Marvel Superhero movie. Pinar wrote the score to Marvel Studios’ Captain Marvel directed by Anna Boden and Ryan Fleck and starring Brie Larson. She also wrote the score for the Pixar short Purl. Pinar’s past work includes the DC Universe TV series Stargirl, the Syfy TV series Krypton, the massively popular video game Fortnite from Epic Games alongside composer Marco Beltrami, additional music for Warner Bros.’ Justice League, her second collaboration with producer Wendy Yamano for the dramatic feature It’s Time, and Sumatra Films’ The Angel directed by Ariel Vromen for Netflix. Pinar’s recent work includes HBO’s six-part docuseries McMillions, which premiered at the 2020 Sundance Film Festival and earned her a Primetime Emmy nomination.

Toprak was the recipient of the 2019 ASCAP Shirley Walker Award and also won the 2019 IFMCA (International Film Music Critics Association) Award for “Best Original Score for a Documentary Film” for her score to The Tides of Fate. She had previously won two other IFMCA Awards for her work on The Wind Gods and The Lightkeepers which was on the Academy Award shortlist for “Best Original Score” in 2011.

Toprak was born and raised in Istanbul, Turkey where she began her classical music education at the age of five. After studying composition and multiple instruments at the Istanbul State Conservatory she moved to America knowing little English at seventeen to follow her obsession with film music. First to Chicago to study jazz, before continuing on to Boston for a degree in film scoring from Berklee College of Music. She then moved to Los Angeles, earned a master’s degree at CSUN in composition at age 22, and has quickly become an active and reinvigorating composer in Hollywood. “At the end of the day it’s all about making a good film,” she says. “Our job as film composers is to serve the filmmaker while enjoying the process.”

She resides in Los Angeles and when not composing loves to sail the Pacific Coast.