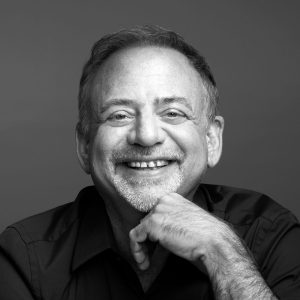 Marc Shaiman, award-winning composer, lyricist, orchestrator and musician, has successfully created music for TV, film and theater since entering show business at the age of 16 in 1976.

Recently, Marc co-wrote the songs and composed the score for director Rob Marshall and Disney’s Mary Poppins Returns, the film sequel to the classic film Mary Poppins. For his work on the film, Marc was nominated for a BAFTA Award, a Golden Globe Award and garnered his sixth and seventh Oscar nominations; one for Best Original score, and one – along with his co-lyricist and longtime collaborator Scott Wittman – for Best Original song, “The Place Where Lost Things Go”.

He is currently co-writing the score for a new musical version of Some Like It Hot coming to Broadway in 2020, as well as co-writing songs for a Marc Platt/Steven Spielberg produced Universal Pictures movie musical entitled Industrials.

Shaiman’s other film work includes Beaches,  When Harry Met Sally, Misery, City Slickers, The Addams Family,  Addams Family Values, A Few Good Men,  Sister Act (1 & 2),  George of the Jungle, In and Out, Hocus Pocus, The Bucket List and Parental Guidance.  He served as an Executive Producer of the successful film adaptation of his Broadway musical Hairspray.

In addition to Hairspray, his other original Broadway musical credits are the Tony-nominated Martin Short: Fame Becomes Me, the Tony-winning Catch Me If You Can and Charlie & The Chocolate Factory (currently on tour across America and in Australia). Broadway concert credits are Peter Allen-Up In One, Bette Midler’s Divine Madness, Ellie Greenwich’s Leader Of The Pack and Patti LuPone On Broadway. After a tremendously successful concert for The Actor’s Fund, his musical Bombshell, created as part of the television show Smash, is now being developed into a Broadway show.

Shaiman has co-produced and arranged Grammy winning recordings for music icons such as Bette Midler, Harry Connick Jr. and Mariah Carey, including the Grammy-winning recordings “The Wind Beneath My Wings” and “From A Distance.”

His television ventures include “The Sweeney Sisters” on SNL, countless award and talk show appearances with Billy Crystal, Neil Patrick Harris, Nathan Lane, Martin Short, Jenifer Lewis’ “Jackie’s Back”, the Emmy-winning “SNL 40th”, the aforementioned “Smash”, and his proudest achievement for television, his collaboration with Bette Midler for her Emmy-winning appearance as his final guest on Johnny Carson’s penultimate Tonight Show.

He is quite fond of Prop 8 – The Musical, the online opus he wrote for the website Funny or Die.

In 2014 Shaiman & Wittman were celebrated by the New York Pops with a spectacular concert at Carnegie Hall. Marc was recently honored with the Ambassador Award by the Society of Composers and Lyricists in December 2018, and with the Icon Award at the Guild of Music Supervisors Awards in February 2019.