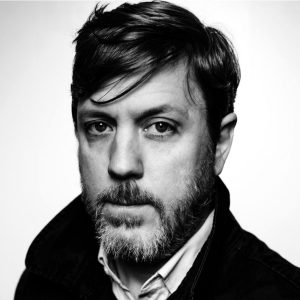 At an early age, multi-instrumentalist composer/songwriter, Joseph Stephens began experimenting and creating music with 4 track tape machines, delay pedals, guitars, radios, and anything else he could get his hands on. While attending college in North Carolina, he began writing songs and scoring student films for friends which led to a working relationship with up- and-coming filmmakers. A frequent collaborator with Danny McBride, Jody Hill, and David Gordon Green, Stephens’ past work includes scores for the HBO series Vice Principals and Eastbound and Down, the TBS series The Last O.G. starring Tracy Morgan, as well as features, Under The Eiffel Tower from The Orchard, Observe and Report, Flower, The Legacy of a Whitetail Deer Hunter, and Arizona among others. He’s also written songs for films All The Real Girls, Undertow, and Halloween.