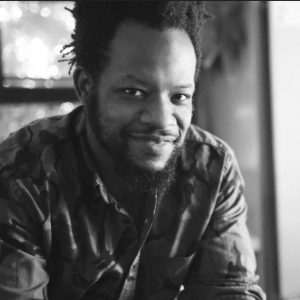 Jonathan Sanford is a Los Angeles-based composer, music producer, and saxophonist scoring music for films, television, and stage. He is known for bringing unique sounds and unexpected ideas through an analog exploration process.

Sanford recently completed the score for Teenage Bounty Hunters, a Netflix series from Tilted Productions (GLOW, Orange Is The New Black, Weeds), the Universal comedy feature Good On Paper, starring Iliza Schlesinger and Margaret Cho and directed by Kimmy Gatewood, the Netflix series Social Distance, and the comedy drama feature Welcome Matt. He is also the composer for USA’s noir television drama Dare Me, based on the novel by Megan Abbott. Upcoming for Jonathan is the drama romance feature On Our Way.

Sanford was born in Baltimore, Maryland, studying piano and violin before deciding on the saxophone at age nine. Jonathan went on to study classical saxophone, under the tutelage of Dr. Frederick Hemke at Northwestern University, where he was also a member of the 1996 Big Ten Championship Football Team. As a saxophonist and vocalist, Jonathan has shared the stage with legendary artists including Max Roach, Eddie Palmieri, Danilo Perez, and Bobby McFerrin.