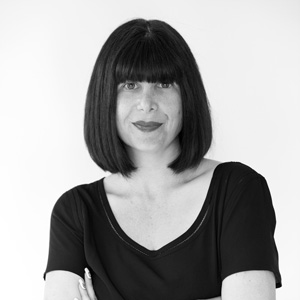 Music supervisor Jen Ross has left her stamp on some of the highest-profile music driven television series to air, including the hit NBC musical comedy series Zoey’s Extraordinary Playlist for Austin Winsberg, National Geographic’s biopic drama series about the Queen Of Soul Genius: Aretha, the music-centric Fox hit Empire (created by the Oscar-nominated team behind The Butler, and produced by Brian Grazer) about the royal world of hip-hop, concluding its series run with its 6th and final season, the STARZ drama series, Power, with its 6th and final season and the Netflix / Annapurna musical TV series, Soundtrack, created by Joshua Safran. Up next for Jen is the Netflix original animated music series We The People, produced by Barack and Michelle Obama, Chris Nee, and Kenya Barris, and the new NBC music driven drama Ordinary Joe.

Ross is a Los Angeles native who grew up around the entertainment industry, and soaked up the power of music and movies during her early years (particularly in John Hughes’ influential, soundtrack-fueled films). She started out in the music industry on the label side, working with Grammy-winning artists like Rufus Wainwright and Nelly Furtado. She was slowly drawn towards the magic alchemy of mixing music into movies, and charted a path to where she is today.

“The power of music is undeniable,” Ross says. “To be able to play with the dynamics of something that has no boundaries is a blessing. And working with various genres, as well as different tonal landscapes, is almost like getting to travel. Each show and scene is a different experience than the next.”