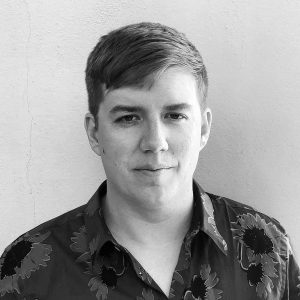 Jeff Morrow’s music can be heard in award-winning indies, blockbuster hits and everything in between. Entrusted by Apple and the Schulz family with continuing the rich musical history of The Peanuts, he is the composer for all of the recent and upcoming series and films, including Peanuts In Space: Secrets Of Apollo 10, Snoopy In Space and The Snoopy Show.

Morrow’s music can also be heard in the Netflix hit comedy Ibiza, starring Gillian Jacobs, and the documentary Science Fair, which won audience choice awards at both the 2018 Sundance Film Festival and the 2018 SXSW Film Festival as well as an HMMA nomination for best Original Score – Documentary. He received a 2018 Annie Award nomination for Best Original Music for Disney’s Olaf’s Frozen Adventure. Morrow’s work can also be heard in the hit Netflix documentary Mucho Mucho Amor, which premiered at Sundance 2020.

In demand as a collaborator, Morrow has worked with renowned composers Christophe Beck and Henry Jackman on Fox’s The Peanuts Movie, Dreamworks’ Trolls, Marvel’s Ant-Man and its sequel Ant-Man and The Wasp, Disney’s Wreck-It Ralph Breaks The Internet, Legendary’s Pokémon Detective Pikachu and Sony’s wildly successful Jumanji: The Next Level.