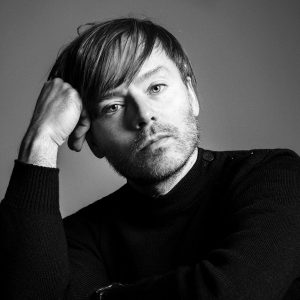 Jean-Benoît Dunckel splashed into cinema as half of the French electronica duo AIR, with their influential soundtrack to Sofia Coppola’s The Virgin Suicides—and then provided musical personality for Coppola’s follow-up films, Lost in Translation and Marie Antoinette. As a composer in his own right, Dunckel spun a lush, dreamy web for The Summer of Sangaile, the 2015 teenage romance by Lithuanian director Alante Kavaite. He accompanied the youthful subjects of the French documentary Swagger with pulsing, shimmering energy, and most recently scored K.O., a thriller about a businessman who wakes from a coma, for French director Fabrice Gobert (The Returned).

As a recording artist, Dunckel has collaborated with Jarvis Cocker, Beck, and Radiohead’s Nigel Goodrich, and has released music as part of Tomorrow’s World and Starwalker and as a solo artist under the moniker Darkel. (He’s currently finishing a new solo album for Sony Records.) With AIR, alongside Nicolas Godin, Dunckel helped reinvent the sound of Paris—injecting his love of astrophysics, science-fiction, and classical music into the electronica genre, scoring an enormous hit with the group’s 1998 debut, Moon Safari. Coppola enlisted them for her 1999 debut, and it was instantly clear that Dunckel’s dreamlike, synthy sensibilities had found a perfect home at the movies.

“There is a sort of floating spirit there—the music is stretching out,” he said. “It is always like something about love, something romantic, or something with a sort of soft intensity of emotion, and in Sofia’s movies this is the same. The emotions are kind of hidden in the back, but they are kind of strong, you know? We go well together.”

Dunckel grew up in Versailles, and was classically trained on the piano. He started writing music and playing with synthesizers as a teenager—destined for a life of weaving sonic dreams.