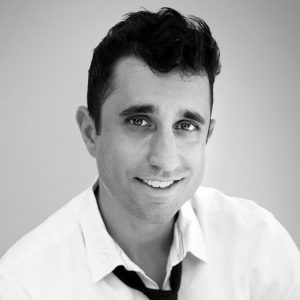 Composer Jake Monaco’s musical fingerprints can be found on some of the biggest film scores of the past decade. His most recent film scores include Netflix’s Dumplin’ starring Jennifer Aniston for director Anne Fletcher, Fox’s action comedy Keeping Up With the Joneses starring Isla Fisher, Jon Ham, Zach Galifianakis and Gal Gadot, Fox Searchlight’s comedy Absolutely Fabulous: The Movie starring Jennifer Saunders, Joanna Lumley, Rebel Wilson and Jon Hamm, Kindergarten Cop 2 starring Dolph Lundgren, A Cinderella Story: If The Show Fits for Warner Bros. and the Fox action comedy Let’s Be Cops starring Jake Johnson and Damon Wayans Jr (co-scored with Christophe Beck). Monaco’s past scores includes Forky Asks a Question for Disney+, based on the character from Toy Story 4, the classroom comedy Struck by Lightning, the romantic drama Kilimanjaro, the murder mystery Out to Kill, the romantic comedy Playing It Cool starring Chris Evans and Michelle Monaghan, President Obama’s re-election film, The Road We’ve Traveled, narrated by Tom Hanks, Illumination Shorts Yellow is the New Black and Santa’s Little Helpers (which played in front of The Grinch) and Piper, as well as the hit Pixar short (an Oscar front-runner in the animated short category) the score for which Jake arranged, orchestrated and produced. Monaco’s work also includes the Warner Bros. Animated comedy Scooby-Doo! and the Gourmet Ghost, Warner Bros.’ family feature A Cinderella Story: Christmas Wish, the drama feature Walkaway Joe co-scored with Christophe Beck, Think Like A Dog starring Megan Fox and Josh Duhamel , the Disney+ Pixar Sparkshort OUT , the Disney+ family feature Flora & Ulysses directed by Lena Khan, and the Warner Bros. romantic feature A Cinderella Story: Starstruck. Up next for Monaco is the Amazon Studios animated family series, Do, Re & Mi.

His music can also be heard in many family-favorite animated series, enriching the worlds of Amazon’s The Stinky and Dirty Show, Netflix and Dreamworks Animation Television’s DinoTrux, Be Cool Scooby Doo for Warner Bros. Animation, and the brand new Facebook Watch original adult-animated series, Human Discoveries with voice talent by Anna Kendrick, Zac Efron and Lisa Kudrow. Monaco also scored the TV series, All Night for Hulu. As a producer and composer of additional music for Christophe Beck, Monaco has contributed to the animated magic of Frozen, the record-breaking laughs of The Hangover trilogy, the furry hijinks of The Muppets, the real-life drama of Waiting for Superman and many others.

Monaco grew up in New Jersey and New Hampshire, and revealed his heart’s bearing toward music as early as age 2 when his parents took him to the circus and he walked right past the clowns and animals to the band pit. He studied composition and music technology at the University of Richmond in Virginia, and started the band NE3 opening for bands like Maroon 5—before enrolling at the film scoring program at USC. There he began his fruitful and ongoing collaboration with Beck.

“I’ve always loved storytelling through music, which is why songwriting came so naturally,” says Monaco. “I found it difficult to conjure up inspiration for a piece just for the sake of writing music. So when I finally made the connection between music and film, it just clicked and I fell in love.”