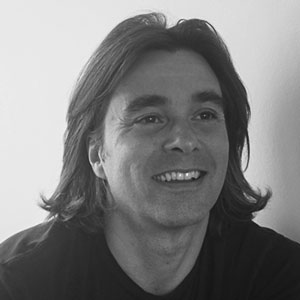 In 1997, Brazilian guitarist and songwriter Heitor Pereira was commissioned for a song for James Brooks’ Oscar-nominated comedy, As Good as It Gets—and fell through the looking glass of film scoring. Since then he has scored the blockbuster family films The Smurfs & The Smurfs 2, the box office hit Despicable Me 2, and the animated comedy based off of the popular Rovio video game app The Angry Birds Movie. He co-scored the first Despicable Me with Pharrell Williams and scored Nancy Meyers’ It’s Complicated starring Meryl Streep, Steve Martin and Alec Baldwin. He co-composed the score for the drama Riding in Cars with Boys, and contributed music for a stream of popular films, including Mission: Impossible II, Black Hawk Down, Shrek 2, Spanglish, and The Holiday.

On his own, Pereira has composed original scores for a broad spectrum of feature films, from the Latin grooves of Dirty Dancing: Havana Nights to the animated pluck of Curious George, from the cheeky Beverly Hills Chihuahua to the romantic fantasy A Little Bit of Heaven. In addition to James Brooks he has collaborated with Penny Marshall, Robert Towne and James Moll. Heitor’s other scores include the critically acclaimed Warner Bros. film If I Stay starring Chloe Grace Moretz, the box office smash Minions for Universal and the animated sequels, The Nut Job 2, Despicable Me 3, the family comedy Show Dogs, the animated adventure Smallfoot, and The Angry Birds Movie 2 directed by Thurop Van Orman. Upcoming for Pereira is Minions 2 directed by Kyle Balda.

“I believe music starts when we are conceived,” Pereira said. “It runs in our veins.” It certainly did in the musical Brazilian home of his childhood, and followed him as he played guitar with some of the country’s legendary jazz musicians (including Ivan Lins). As a guitarist Pereira played with the English soul band Simply Red throughout the early ’90s, leading up to his now ongoing affair with film music. He lives in Los Angeles with his wife and children.