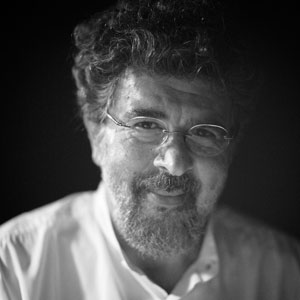 Oscar-winning composer Gabriel Yared is one of the most respected and renowned composers in film today. He won the Academy Award for his score to Anthony Minghella’s The English Patient, which also garnered a Golden Globe and Grammy Award. He received a Grammy nomination for City of Angels, directed by Brad Silberling, and was nominated for an Emmy Award for the pilot to the critically acclaimed The No. 1 Ladies’ Detective Agency. His scores for The Talented Mr. Ripley and Cold Mountain were both nominated for an Academy Award and Golden Globe. His other film scores include Coco Chanel & Igor Stravinsky, The Actress’ Ball, The Hedgehog, Adam Resurrected, 1408, Shall We Dance, Sylvia, Autumn in New York, Message in a Bottle, and Amelia. Yared also scored Angelina Jolie’s directorial debut, In the Land of Blood and Honey, as well as her follow up film By the Sea for Universal Pictures. Yared’s work can be found in films including The Promise directed by Terry George and starring Oscar Isaac and Christian Bale, If You Saw His Heart starring Gael Garcia Bernal, and It’s Only The End of the World directed by Xavier Dolan and starring Marion Cotillard and Lea Seydoux. Most recently, Yared composed music for the film The Happy Prince directed by Rupert Evertt and starring Colin Firth and The Death and Life of John F. Donovan directed by Xavier Dolan.

Yared grew up in Lebanon, where he studied music theory and performance. After obtaining a law degree, he began composing for films in France, making his debut with Jean Luc-Godard’s Every Man for Himself. He has scored over 100 French and American films, lending an old-world elegance to them all. “As a composer,” Yared says, “I go into exploring musical ideas to their limits.”