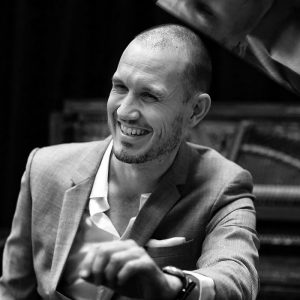 Executive Music Producer and Composer Elliott Wheeler excels at the pressurized heights where contemporary music and film fuse.  He’s as adept at bringing diverse artists – from Nas to Bryan Ferry – into synch with the complex demands of music-driven visual tours de force, as he is working on period needle drops and mixes, or composing traditional dramatic scores.

Wheeler has a unique ability to bring varying talents, eras and idioms into coherence with an overall vision. That’s been honed in his work as composer and executive music producer with Baz Luhrmann – most notably on the genre- and era-defying film The Great Gatsby, and the Netflix series The Get Down, as well as projects such the Ship Song Project for the Sydney Opera House. Up next for Wheeler is the highly-anticipated, Baz Luhrmann-directed Elvis biopic starring Austin Butler and Tom Hanks. Wheeler’s music can most recently be heard in the romantic fantasy drama Every Day, directed by Michael Suscy and starring Justice Smith.

His collaborations in these adventures crossed many musical boundaries, from Nas, Jay Z, Grandmaster Flash, Bryan Ferry, Florence + the Machine, Sia, Diane Warren, will.i.am, Nile Rogers, Christina Aguilera, Duncan Sheik, and many more. Based in both Los Angeles, California and Sydney, Australia, Wheeler is in high demand as a screen composer and producer across a broad spectrum of genres from studio releases to film, theatre, and commercials.