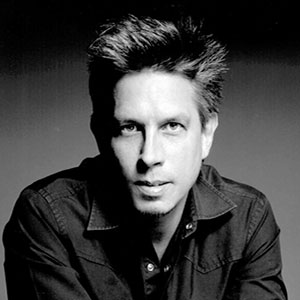 Elliot Goldenthal is the Oscar-winning composer of Frida, and a four-time Oscar nominee who has spun uniquely muscular and neoclassical music for such disparate films as Alien 3, Drugstore Cowboy, Heat, Batman Forever, Final Fantasy: The Spirits Within, S.W.A.T., and Public Enemies—partnering with filmmaking greats like Gus Van Sant, David Fincher, and Michael Mann. He is a regular collaborator with writer/director Julie Taymor (Titus, Across the Universe) and director Neil Jordan (Interview With the Vampire, Michael Collins). Goldenthal’s most recent work can be heard in the Netflix film Our Souls at Night directed by Ritesh Batra.

Goldenthal grew up in Brooklyn, and his prestigious musical education began under the tutelage of none other than Aaron Copland—as well as playing in his school rock band. He has written a large body of music for the theatre and concert hall in addition to the screen, including (elaborated above) the original score for Taymor’s stage production of A Midsummer’s Night Dream.

“My job, as a collaborator, is mainly a reactive one,” Goldenthal says. “I react as though in a relay race with a baton. I’m responding to the acting, the directing, the editing, the environment… I’m basically a counter-puncher, so to speak. I’m not initiating the action, and I like that.”