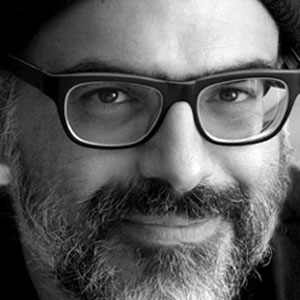 A varied career as a recording artist, Emmy-winning TV and film writer, music producer, and pianist has somehow led Yazbek to become one of Broadway’s preeminent composer/lyricists. He won the Tony Award for Best Original Score for his latest show The Band’s Visit which also won 10 Tony Awards including Best Musical, as well as a GRAMMY Award for Best Musical Theater Album. He was also nominated for a Tony for his work on Tootsie. His other three shows The Full Monty, Dirty Rotten Scoundrels and Women On The Verge of a Nervous Breakdown have all been nominated for Best Score Tony Awards. He’s also received 3 Grammy nominations and a Drama Desk Award. The Band’s Visit was a sold-out hit off-broadway this year and is slated for Broadway next fall. The NY Times said- “The music takes on a transcendent harmonic shimmer that stops the heart.”

Yazbek won an Outstanding Writing Emmy Award for his stint on Late Night With David Letterman. He scored the last season of HBO’s Boardwalk Empire, wrote the theme song to Where In The World Is Carmen San Diego, has written hundreds of songs, scripts, scores and jingles for adult and childrens’ TV as well as the award-winning Truth anti-smoking ad campaign.

As a recording artist, Yazbek is responsible for 5 albums— The Laughing Man (winner N.A.I.R.D. award Best Pop Album of the Year), Tock, Damascus, Tape Recorder and Evil Monkey Man. He has written and/or produced for such acts as XTC, Ruben Blades, The Persuasions, Joe Jackson, Tito Puente and many others.  He also produced the original cast albums of his Broadway and West End shows.

As a performer, he and his band are engaged in an ongoing series of monthly shows at NYC’s 54 Below club.  The NY Times has referred to him as: “Ferociously smart and intimidatingly hip” and “A daredevil juggler catching spiked pins in the traveling carnival of his imagination.”